The store will not work correctly in the case when cookies are disabled.

In the 1700’s the Ingegnoli family lived in Sesto Calende, on the shores of Lake Maggiore. The family, with a long agricultural tradition, was driven by a desire to move to Milan and create an important agricultural activity. 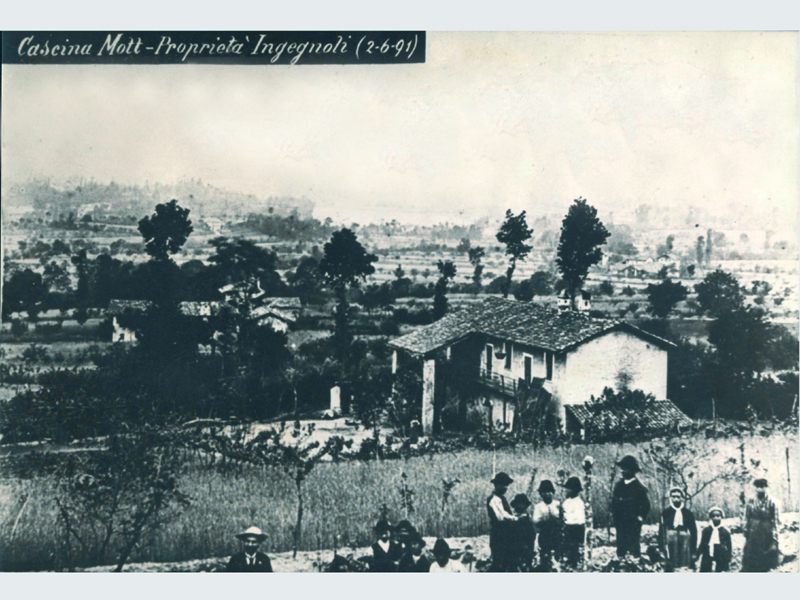 In 1789 the Ingegnoli’s opened their first nursery, in the area where there is now the Central Railroad Station. In the nursery they cultivated the best qualities of fruits and ornamental plants. Little by little they began expanding to produce vegetable and flower seeds. They immediately understood the great importance of botanical/horticultural research and collaborated with the best botanists in Italy. Through genetic selection they began perfecting their cereal products and species of fodder.

Their activity was immediately successful.

In 1884 the three brothers – Francesco, Vittorio and Paolo – formed a joint-stock company, Fratelli Ingegnoli, founding one of the first European agricultural-botanical enterprises. Based on continuing innovative technology, their goal was to satisfy the needs of large farmers and small gardeners, of professionals and dilettantes, always offering the best quality possible.

In 1890, Fratelli Ingegnoli printed and distributed its first mail-order catalogue. With the catalogue they would ultimately reach the most important Italian and international markets.

In 1895 the company built its head office at 54 Corso Buenos Aires, in Milan. This was followed by many expansions of the nurseries, greenhouses and warehouses.

Fratelli Ingegnoli were the first in Europe to import from faraway Japan the kaki plant (also known as “Japanese persimmon”) which immediately became popular and widespread.

In 1888 a letter from Guiseppe Verdi thanks Fratelli Ingegnoli for sending him some fruits which were among the first plants produced in their nursery.

The family has now reached the seventh generation and continues to live up to its glorious past. The mail orders, fully computerized, are now the largest activity with more than 200,000 affectionate customers. There is now available to clients a Technical Support service to help them resolve whatever problems they have. Fratelli Ignegnoli continues its constant research today to find and develop better quality products to better satisfy its clients.

The work ethic and values of the company have remained unchanged since its beginning – Availability, Loyalty, Cordiality and Dialogue with our customers. And it is probably for this reason that the company’s customers have always responded with loyalty to the “Ingegnoli” name.